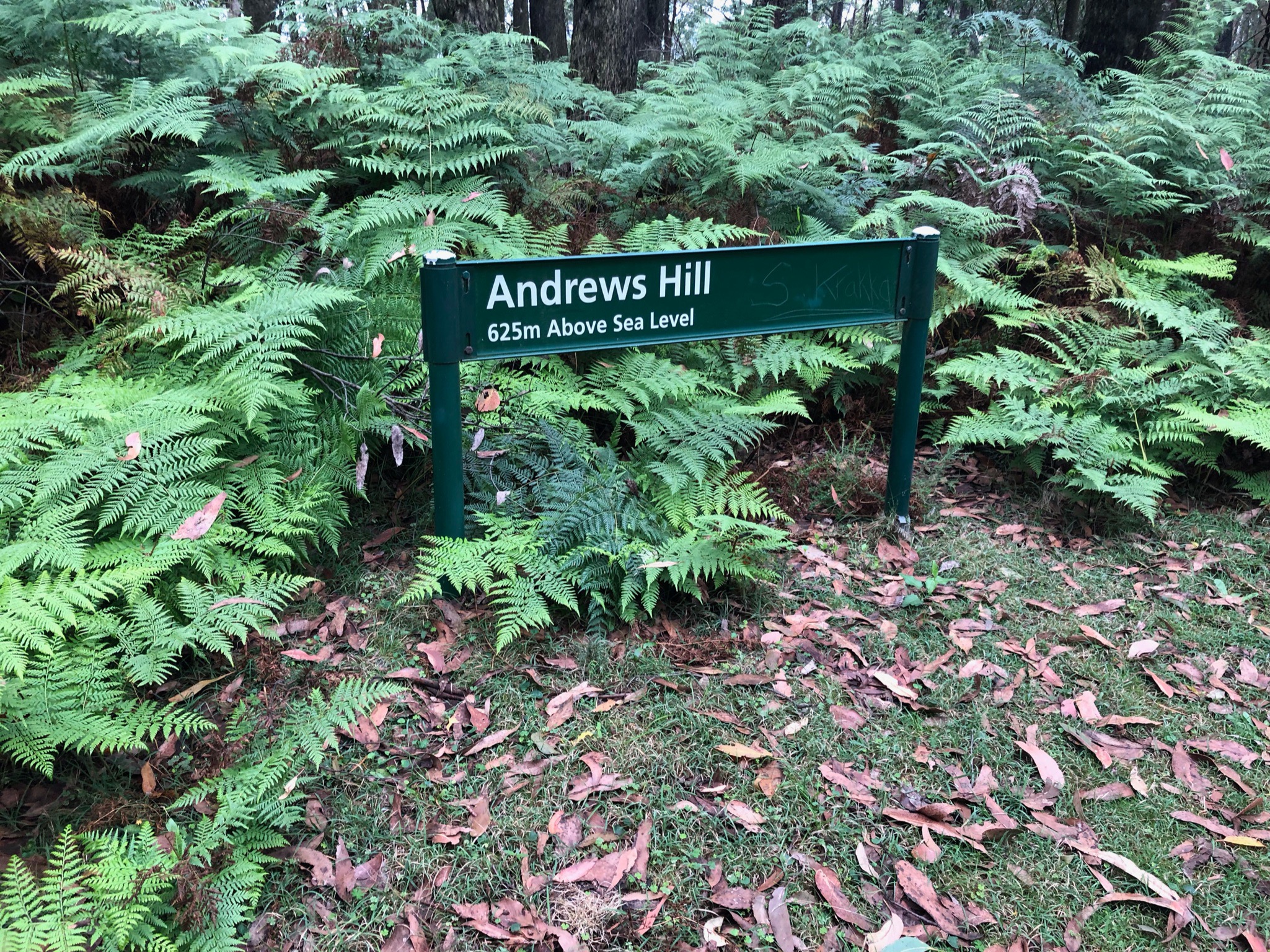 This was my first successful DX, both on SSB and CW.

As the summit information page will inform you, there are at least two possible approaches to the summmit — broadly, one from the south, and one from the north. I elected to take the southern approach for the sole reason that it seemed the more popular route over the years, and set off.

Upon reaching the starting point at Mountain Creek Road, I discovered an issue. The only way to cross the river (and substantial gully) was damaged and not open to pedestrians. 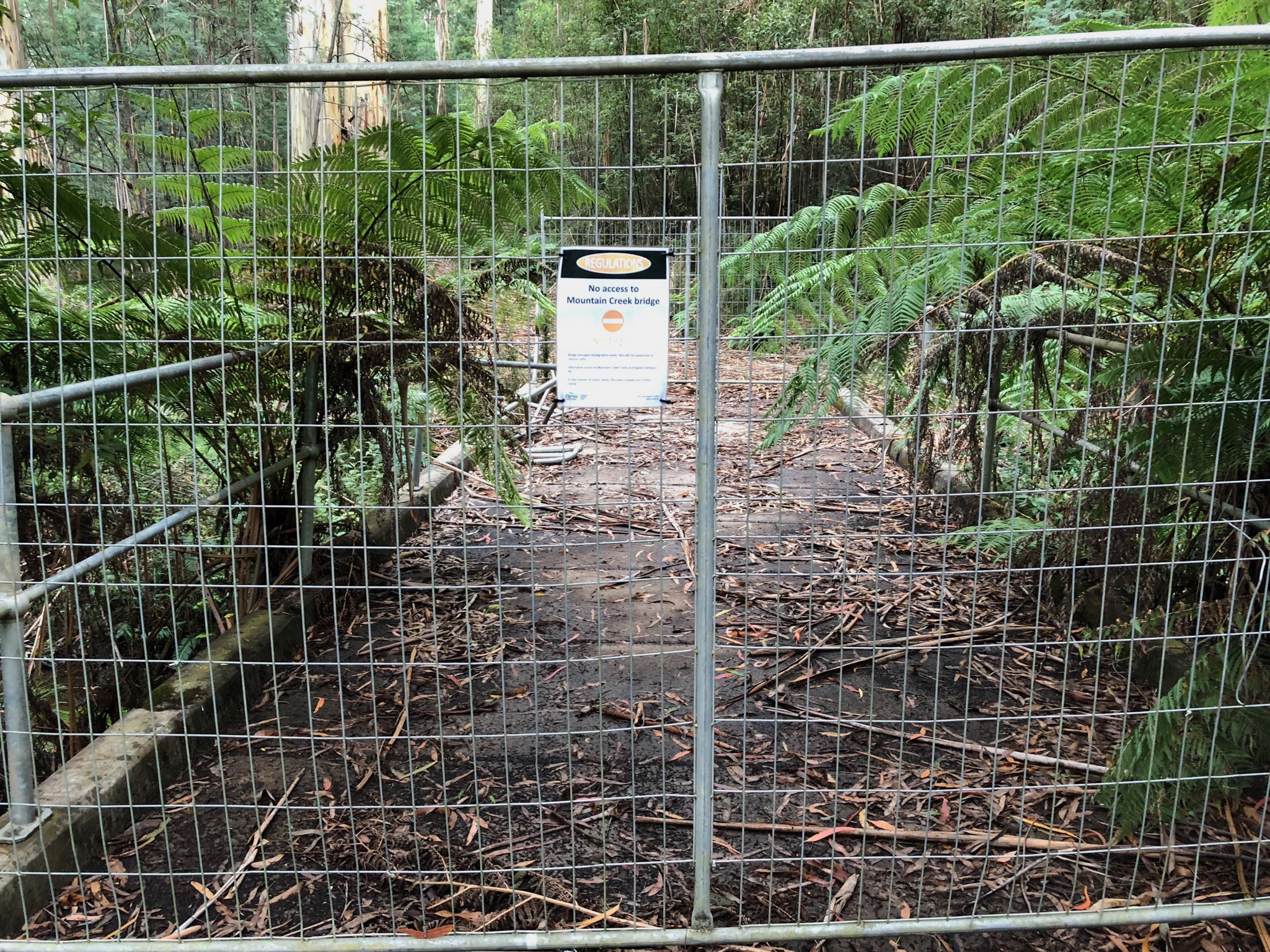 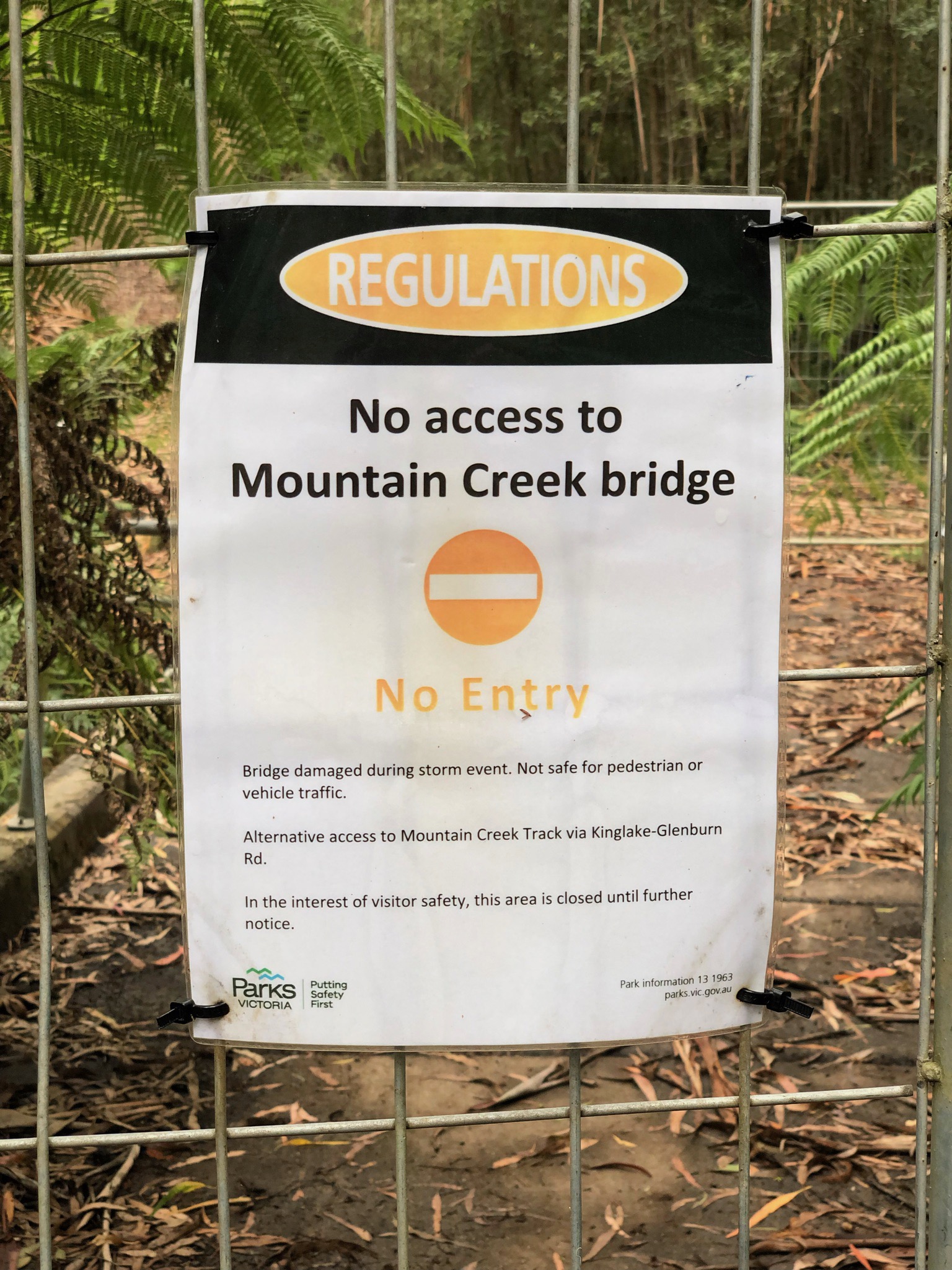 Need for a Plan B.

Already behind schedule, I updated my alert time and set off for the nothern approach at The Gums Camping Area. 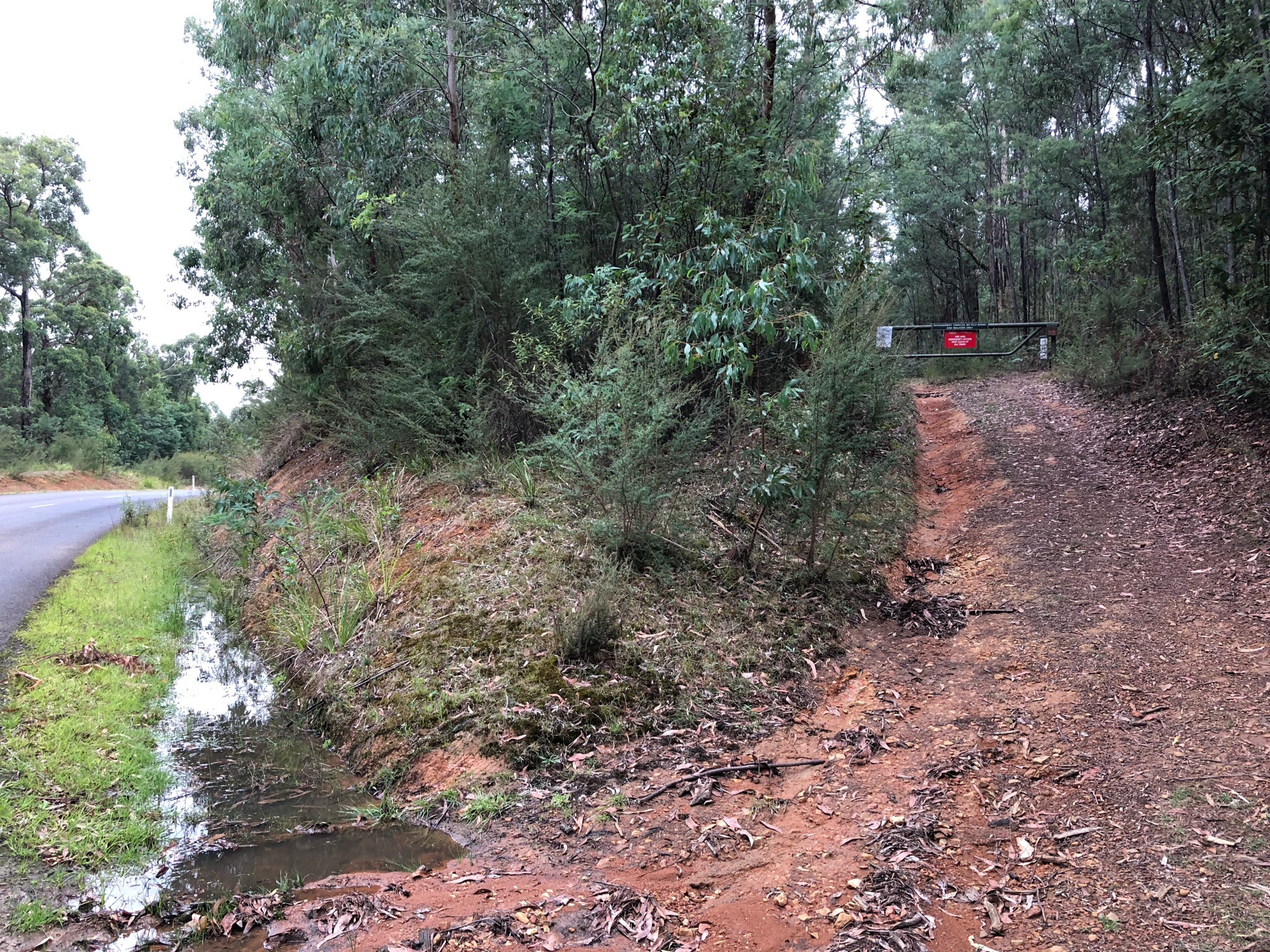 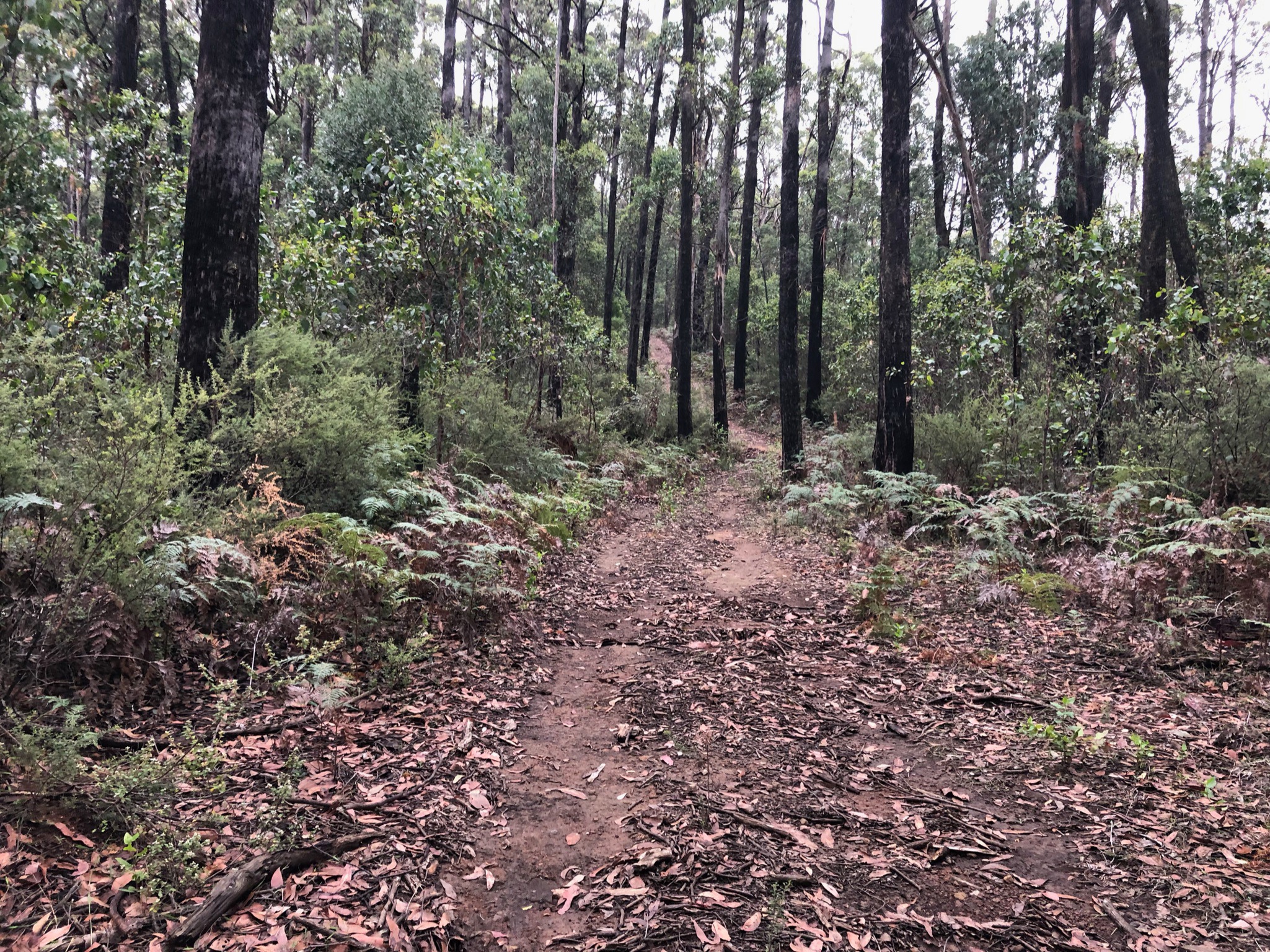 Typical track on this route.

I was chuffed to get any contacts on a weekday afternoon, and the contacts ramped up and didn’t stop for a while. A big surprise for me was DX from France, Sweden and the Czech Republic on 20m. I had to switch my brain once I moved to CW, as I am only used to call signs that start with “VK” and “ZL”. The solar cycle is starting to push me!

As always, my thanks to all chasers. 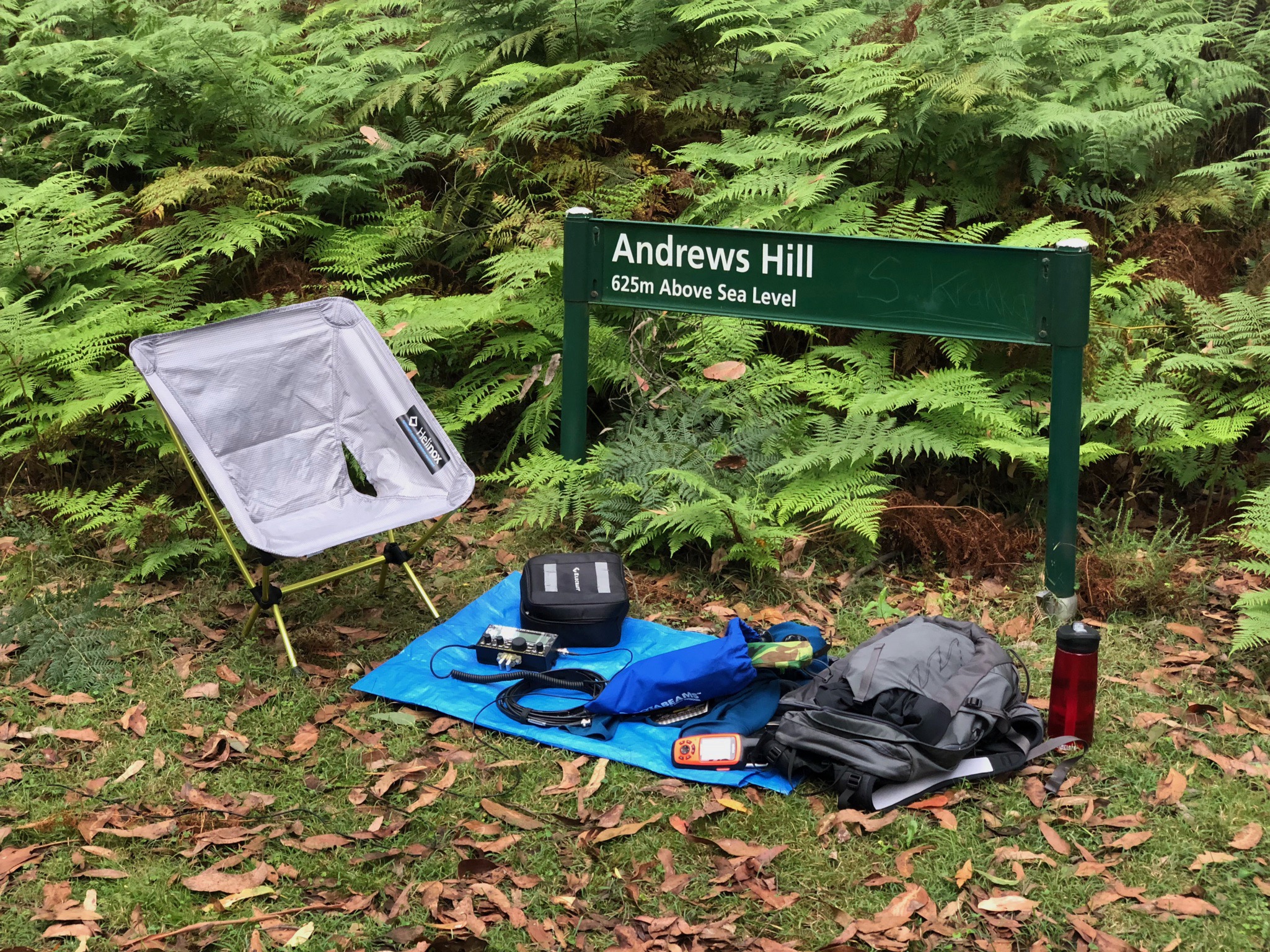 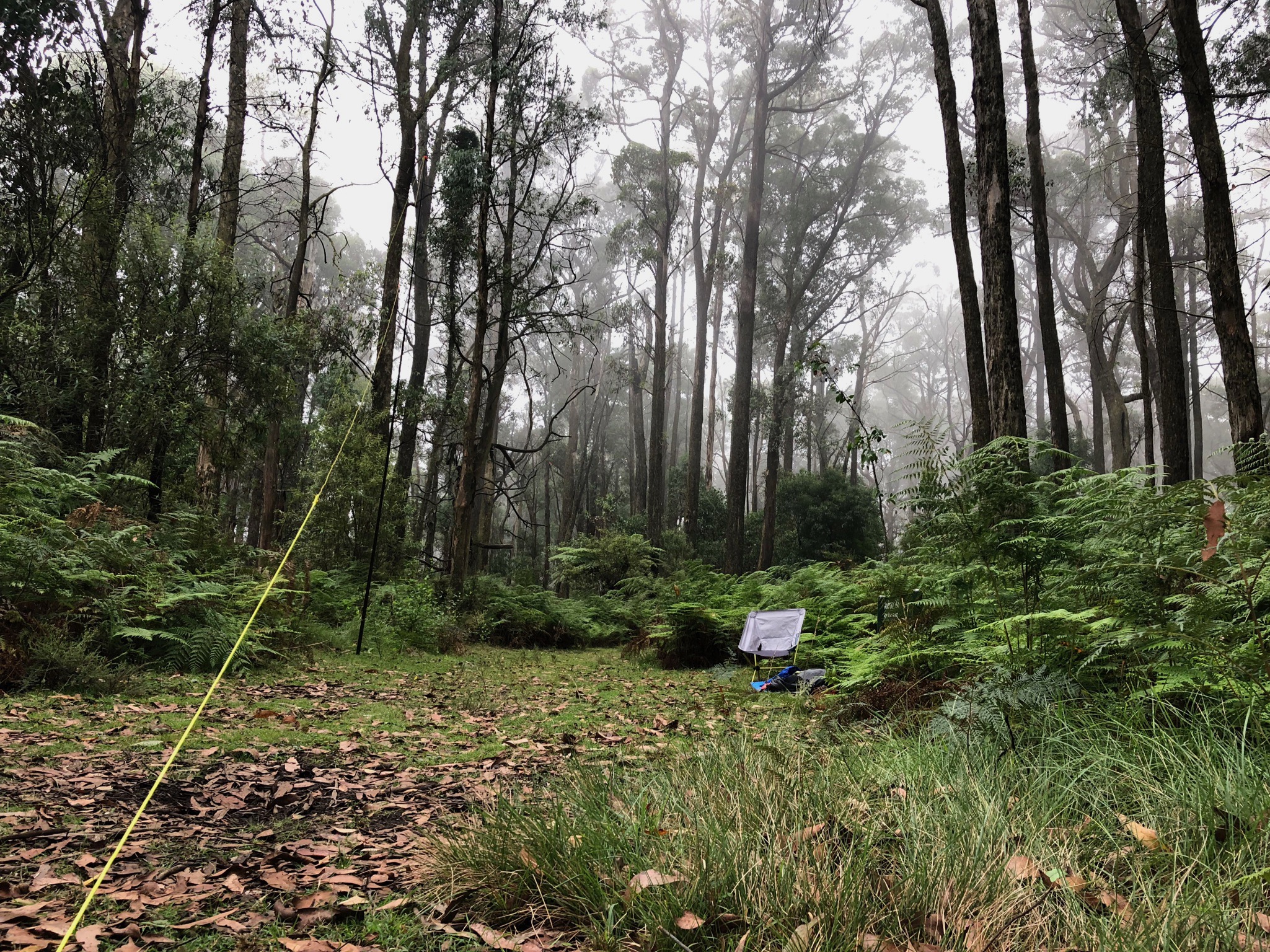 Antenna mast erected (hard to see, but it's there).

The summit is flat and the confluence of a few paths, opening out into a broad area that I wouldn’t go so far as to call “wide”. There was enough space to erect the inverted-v antenna however there was not copious room. Perhaps if I had explored down the other side of the summit there would have been better opportunities there.

I quite liked the serenity, temperature and general nature of this summit. It was comfortable. To my surprise, I saw perhaps 5 or so pre-sanguinated leeches crawling on my shoes and belongings. This made me anxious and vigilant, and I managed to avoid any blood loss through the duration of this SOTA activation. It had recently rained over the past week in Melbourne. If the setting is damp at the summit, I recommend some vigilance, but it is not the worst place for leeches I have seen.