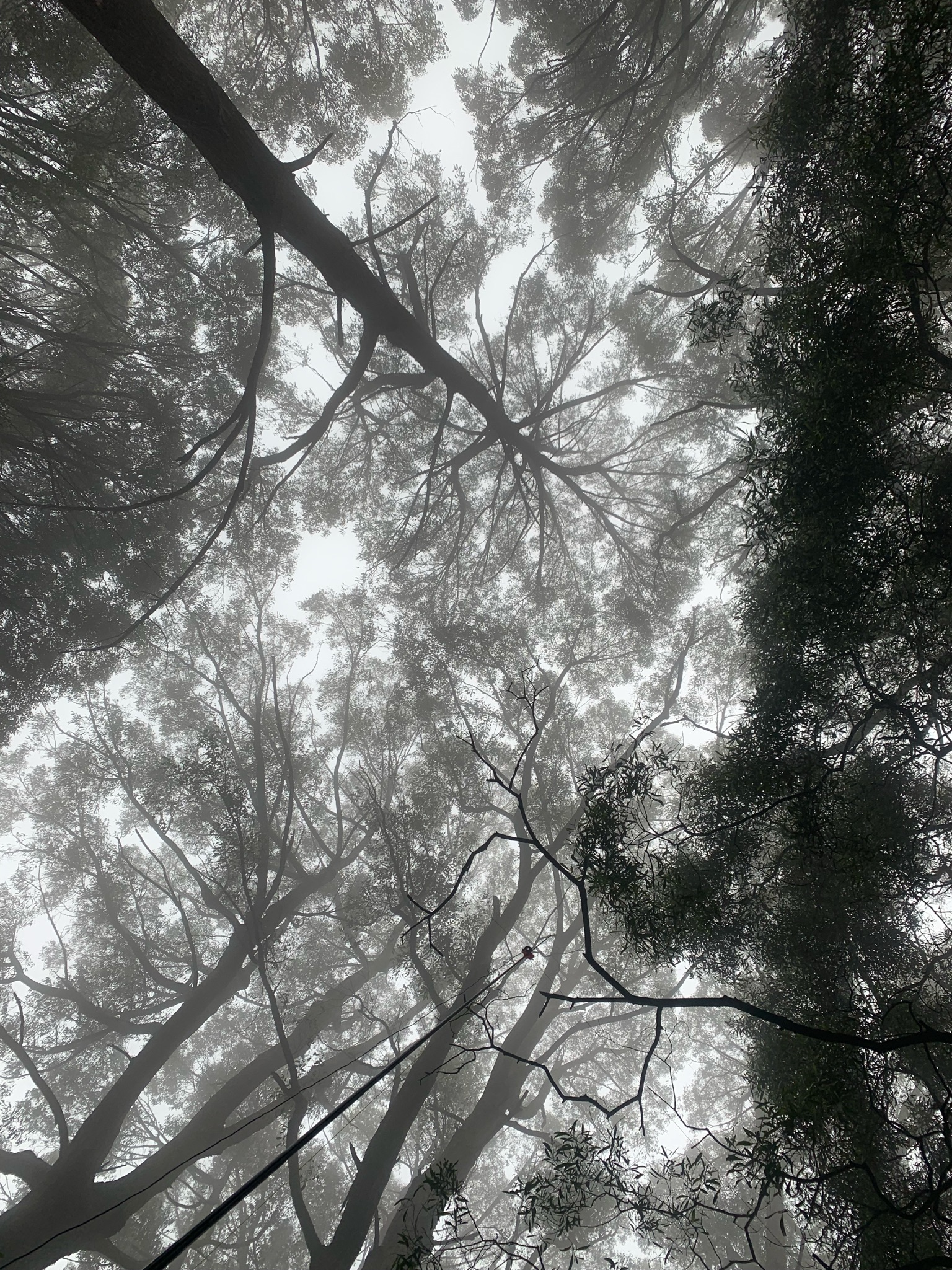 The vibe of the whole day.

I was disappointed to miss the traditional start to a SOTA year on New Year’s Day due to having to isolate after a possible close contact, so was keen to make amends and open my account for 2022 after 7 days of staying at home. Having had a few weeks away from summits, I chose 2 straightforward summits around Healesville I had activated previously: Mt Donna Buang and Mt Toolebewong.

No hiking routes are shown as both summits are ‘drive-up’ summits, reuquiring only a small walk.

I set off from the suburbs of Melbourne around midday, fairly relaxed about time, having been to both summits before and aware of their drive-up nature (no long walk to the summit required). It was also a wet, miserable day in Melbourne, and I was hoping for an improvement in the weather as the day wore on.

The drive to Mt Donna Buang is along sealed roads, however there is a small section along Mt Donna Buang Road that is single-lane, due to a subsidance washing away one lane of the road. There are traffic lights to ensure that both directions of traffic are controlled as the road narrows to only allow one lane of traffic, however these were flashing amber lights on both ends. Care must really be taken here, especially in low visibility.

I made it to the summit after cautious driving, and set up to the west of the large shelter at the peak. This gave me ample flat space to set up the inverted-v antenna, away from the families who much to my amazement had come to climb the tower and walk around in extremely poor and potentially dangerous weather. 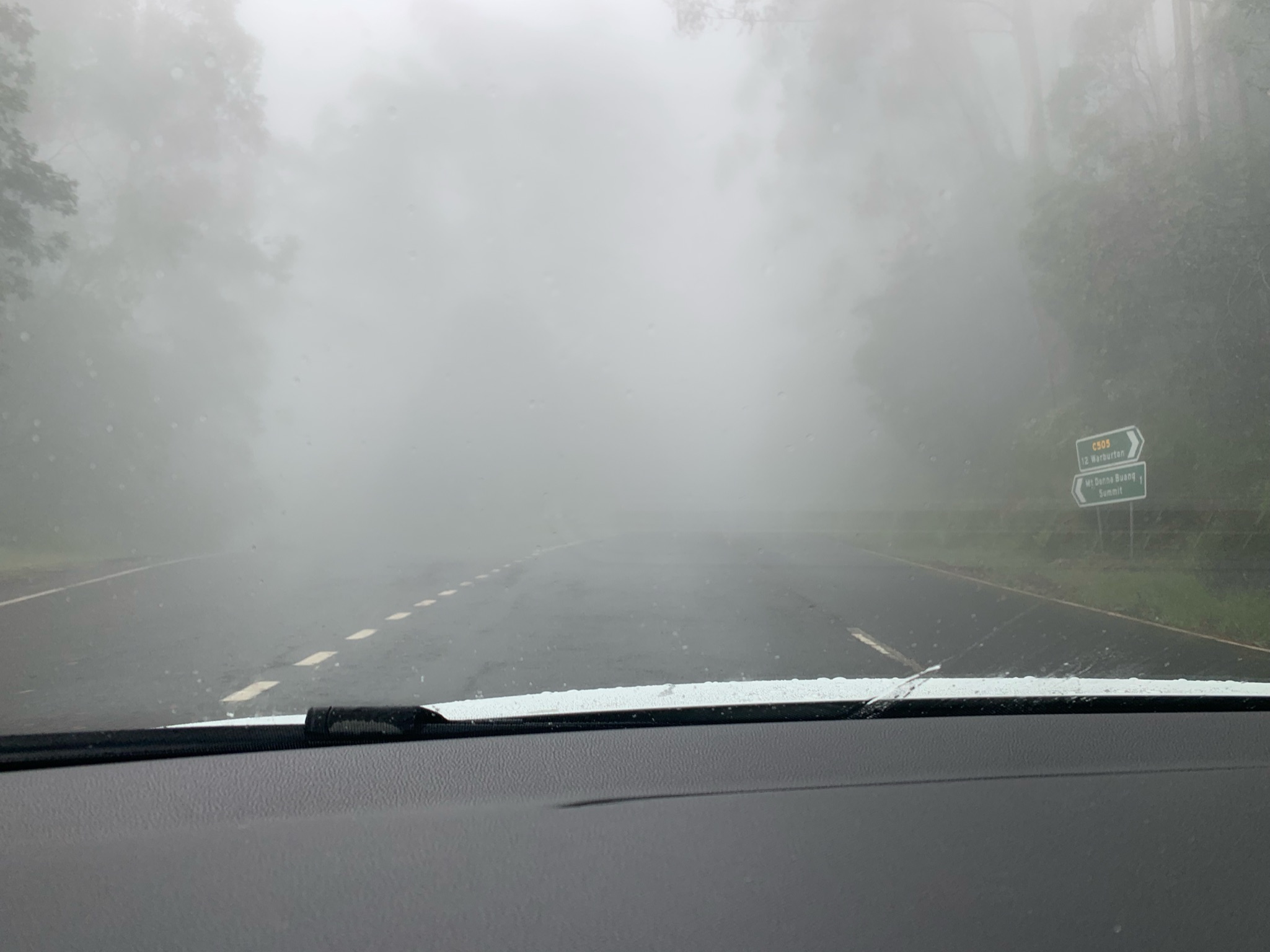 A solid portion of the drive up Donna Buang looked like this. 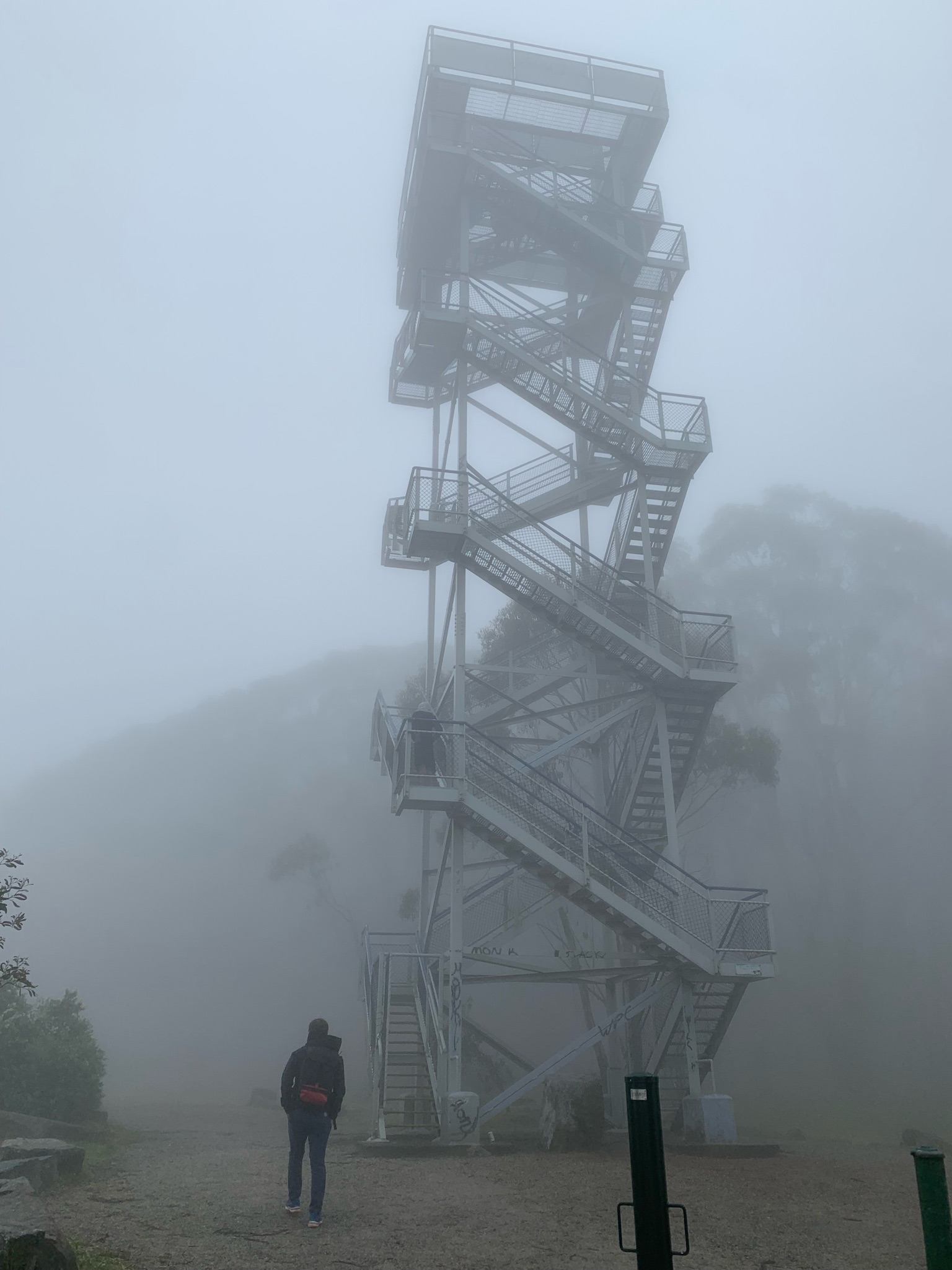 Your correspondent scouting for a good place to setup.

It’s always great to get the 4 required contacts on a SOTA summit, but I was doubly pleased to make it to double-digits here. My setup has not changed since I started doing SOTA, and my non-scientific feel is that I am making more contacts than I used to. Part of that could be down to my learning CW (still very much a work in progress), but it is also notable that ZL1 stations can call in on 40m — this had not been the case for me until late 2021. I am starting to suspect I am seeing the fruits of solar conditions improving.

The summit is reasonably flat and spacious, with 3 or 4 picnic tables and a barbecue available. I did not use any of these amenities, and I found that the toilets at the summit were out of order — visitors are directed down the hill for an alternative. Car parking is reasonable and despite it being a popular summit for tourists, space at the summit away from the walking track that cuts through it is generally untrafficked, free for SOTA use.

This is a very convenient and easy summit with great line of sight into Melbourne, although I did not get any Melbourne-based 2m FM contacts during this activation. VK3PF was my only 2m contact, and is based near Churchill in Victoria’s Latrobe Valley.

Having been here before there is a view, particularly from the observation tower, but I was not afforded it on this activation.

I had wanted to head east on Donna Buang Road as a quite direct route to Mt Toolebewong. Surprisingly this road was still closed in January, despites signs indicating it would open “after winter”. This meant a 47 minute drive via Launching Place, a little bit out of the way but quite an easy drive, and quite nice in places. 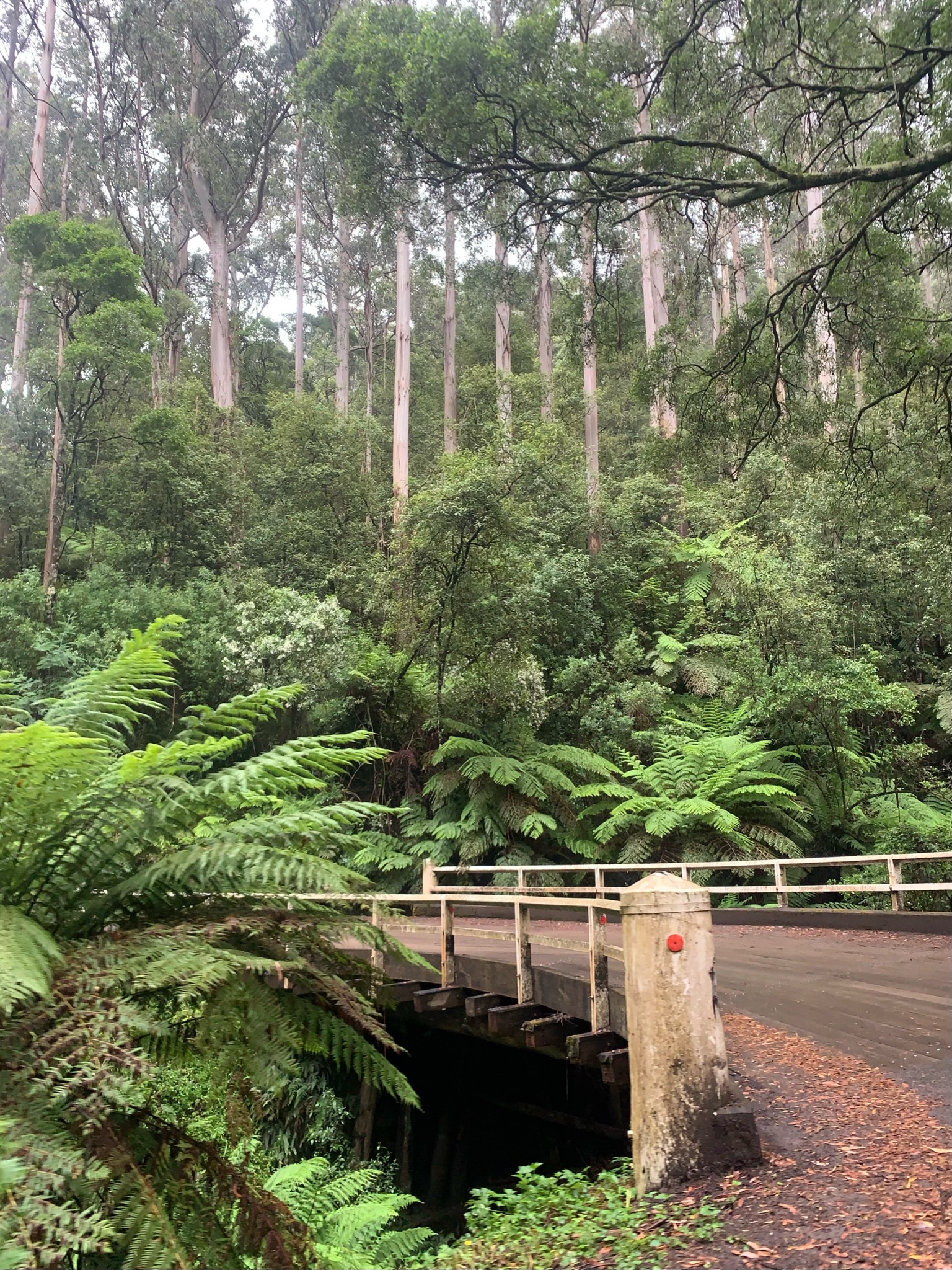 A picturesque drive to the next summit. 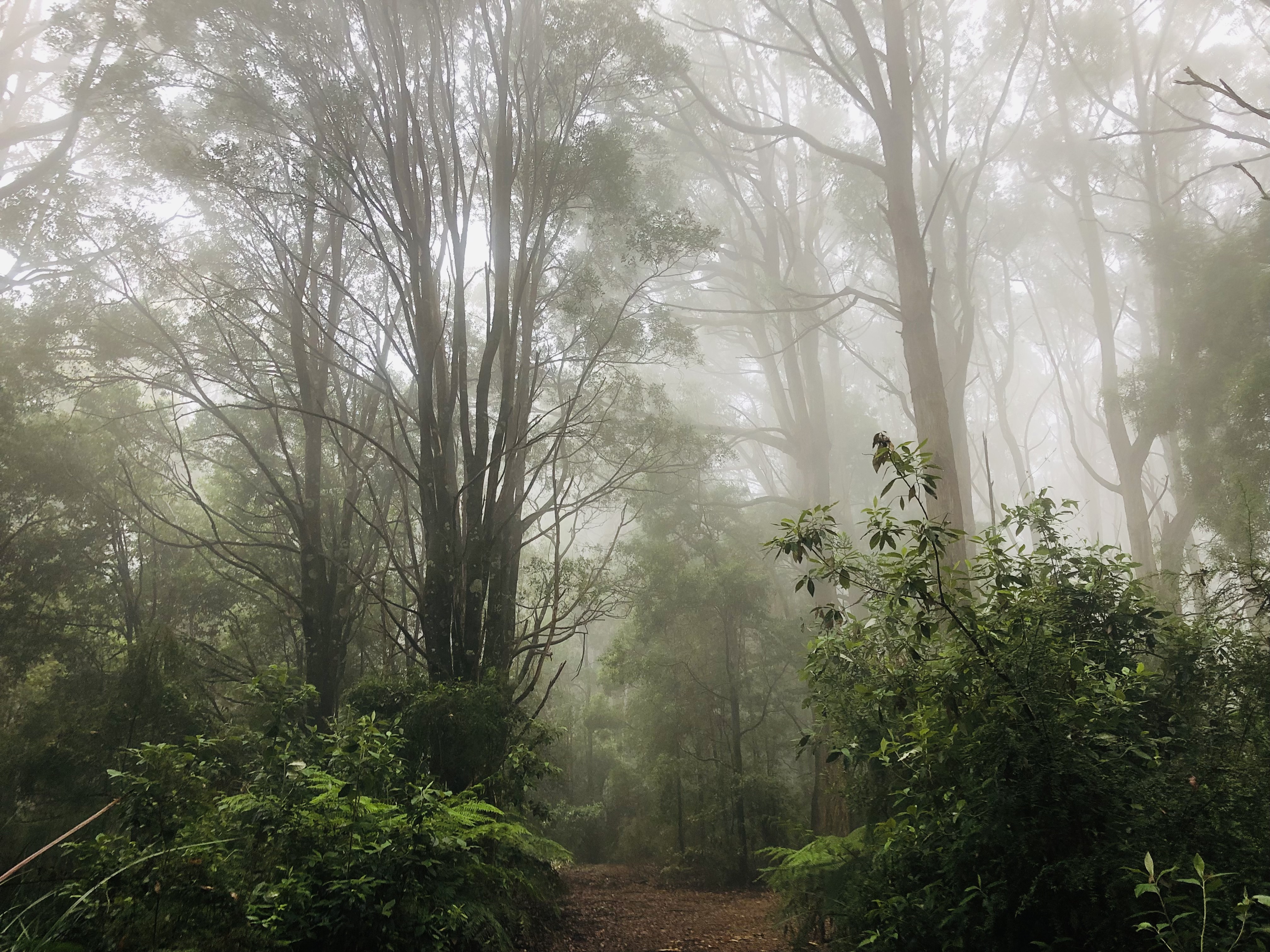 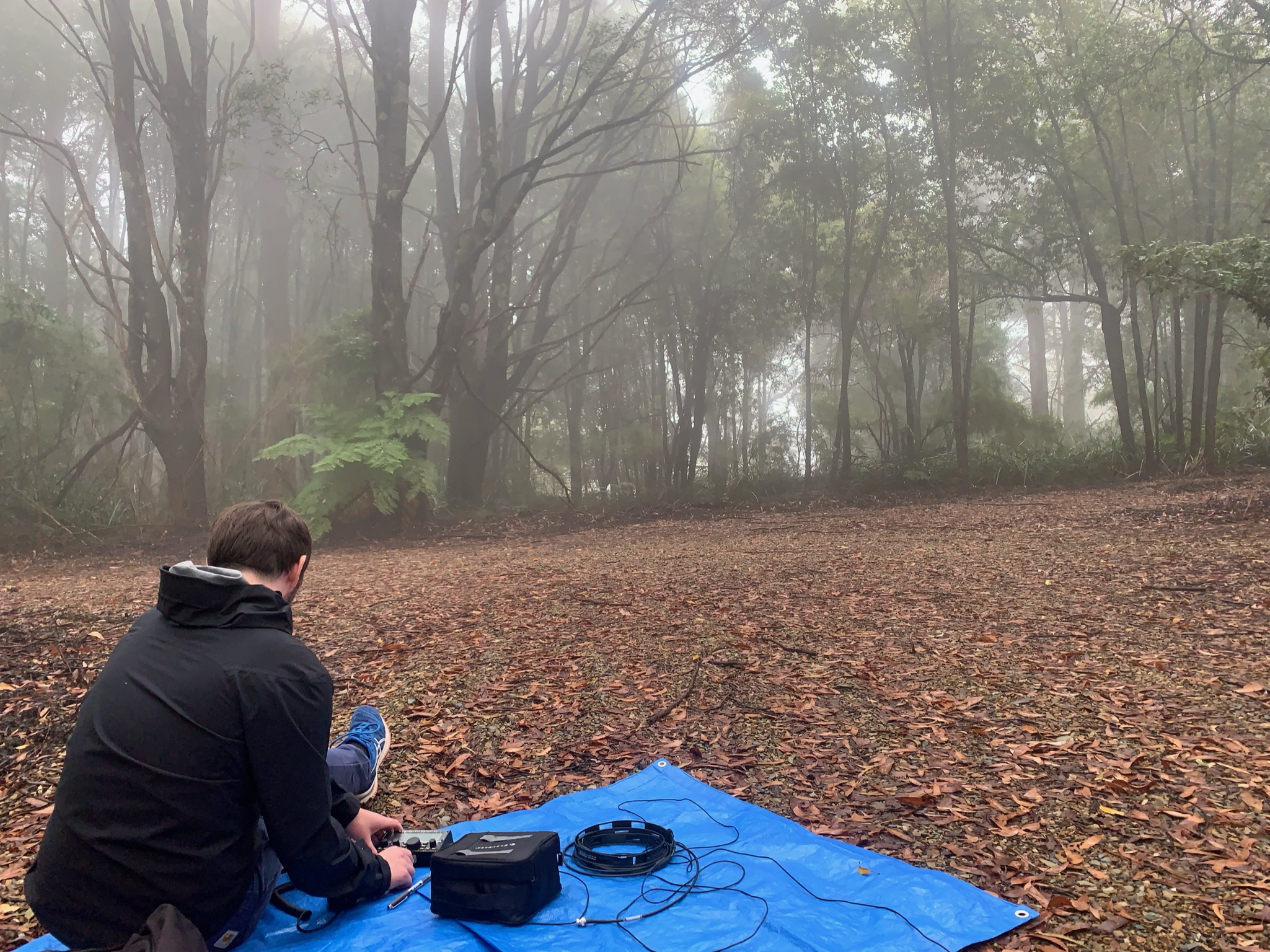 Even better than the last summit, with 16 total contacts.

There is a sign approaching the summit that says “Private Property”, and I am still not sure if that refers to the unfenced land on one side of the road, or to the road leading towards the summit. There seem to be multiple properties around the summit, suggesting that access to the road is permitted/open. There was no gate to pass through, and nobody spoke to me let alone gave me a hard time about what I was doing.

There was no view on this activation, and I suspect based on the treed/enclosed nature of the summit that the situation is not improved on sunny days. It was comfortable with sufficient space at the end of the road to setup, away from anybody’s need to use the road. Trees are sufficiently cut back to be able to use an inverted-v antenna and 6m master without getting really snagged on plants. This made setup and teardown quick and straightforward.

Line of sight into Melbourne is great, with no obstructions or issues. I’m sure I could get 5x9 reports easily if I had used my beam, or brought a 2m radio with more than 5W of power.